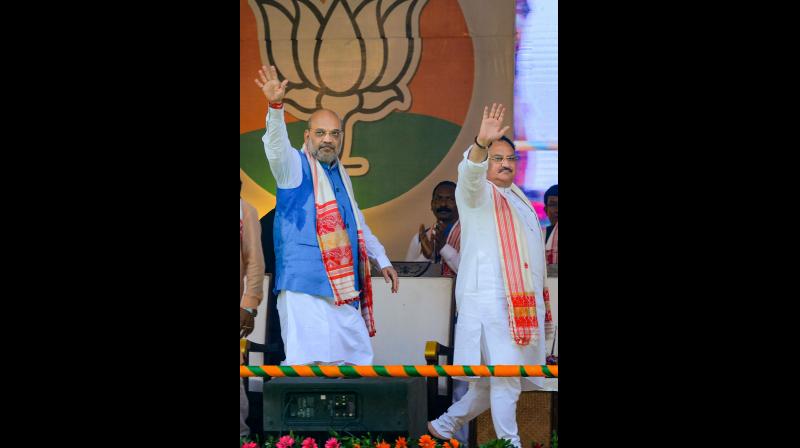 GUWAHATI: Union residence minister Amit Shah launched a frontal assault on the Congress right here on Saturday, alleging that the 70 years of the grand outdated had get together pushed Assam and the northeast into violence and anarchy.

Lauding the BJP regime, Shah stated, “The northeast has marched forward on the trail of peace and improvement throughout eight years of BJP rule. BJP has established peace in Assam with 9,000 individuals laying down arms and becoming a member of the mainstream.”

Concentrating on Congress chief Rahul Gandhi, he stated, “Rahul Gandhi gave Congress an agenda to take away the Armed Forces Particular Energy Act (AFSPA) from the northeast in the event that they got here to energy (in 2019). That was for appeasement. When it was requested from me, I stated we’ll first convey peace to the northeast and can take away AFSPA however will not do it just for appeasement.”

Stating that greater than 60 per cent of Assam was out of AFSPA, he stated, “Beneath PM Modi’s management, the problems of Karbi, Boro and Bru individuals have been addressed, and 5 tribal agreements have been signed.”

Assam was recognized by violence, terrorism and protest, he stated, including, “Now, it’s identified for peace, infrastructure and improvement.”

Expressing gratitude to veteran get together staff who held the flag of the get together aloft throughout its fledgling, Shah stated, “We by no means imagined we’d kind authorities on our personal in Assam throughout my Vidyarthi Parishad days. At present, the BJP’s consecutive rule within the state is guaranteeing all-round improvement.”

He additionally recalled that throughout the Congress regime of Chief Minister Hiteshwar Saikia, BJP protesters, together with himself, have been assaulted.

Shah additionally chaired a regional assembly on ‘Drug Trafficking and Nationwide Safety’ in Assam to debate the drug state of affairs within the north-eastern states and methods to mitigate it. Chief Ministers and Administrators-Basic of Police of all northeastern states participated within the assembly.