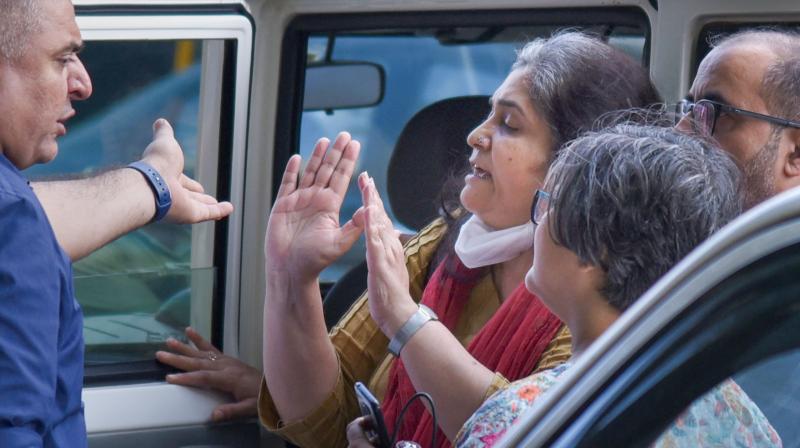 Mumbai: The Gujarat anti-terrorist squad (ATS) on Saturday detained activist Teesta Setalvad in Mumbai in reference to an FIR registered towards her in Ahmedabad. She was taken to Mumbai’s Santacruz police station for additional process. In accordance with reviews, later she was taken to Ahmedabad.

The Gujarat ATS’s motion comes a day after the Supreme Courtroom dismissed a petition difficult the clear chit given by the SIT to then Gujarat chief minister Narendra Modi and others within the 2002 post-Godhra riots instances. Ms. Setalvad’s NGO had supported the petitioner Zakia Jafri all through her authorized battle. Ms. Jafri’s husband Ehsan Jafri was killed throughout the riots.

A police officer from Santacruz police station stated Setalvad was picked up by the Gujarat ATS from her Santacruz residence. “We supplied the help sought by them,” he added.

Setalvad has filed a grievance towards the Gujarat ATS, saying they barged into her home and assaulted her. She was prevented from contacting her lawyer, the activist stated, including that she fears for her life.