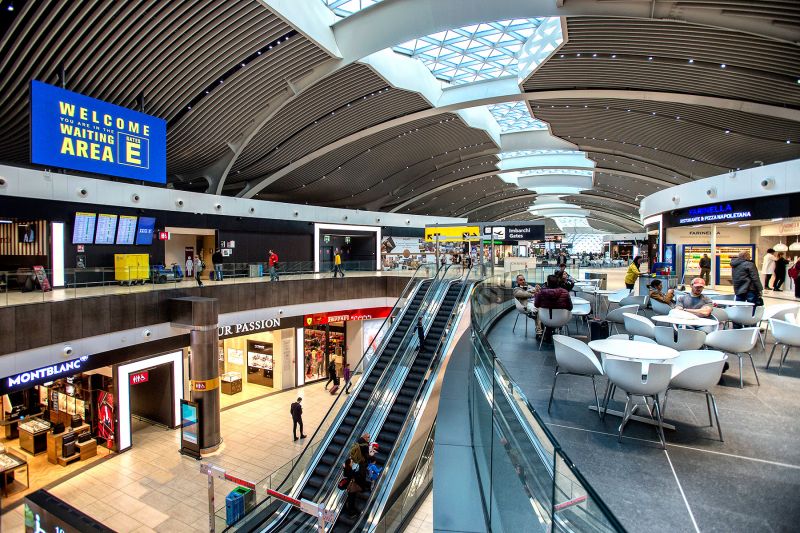 Rome’s Fiumicino airport, identified formally as Leonardo da Vinci, has been rated Greatest European Airport for the fourth time within the final 5 years.

The necessary worldwide recognition, awarded by Airports Council Worldwide (ACI), is within the class of hubs with over 40 million passengers.

“Those that know this airport won’t be stunned” – stated Italy’s transport minister Enrico Giovannini – “Congratulations to the administration but additionally to those that work there every day.”

The airport’s newest award is along with Fiumicino being rated the prime airport in Europe for the standard of its passenger providers, a recognition it has acquired for the final 5 years in a row.

“We’re engaged on creating the airport of the longer term with better use of expertise, most effectivity in relation to the setting, additional reliability and infrastructural and operational resilience, most security and a variety of consolation and value-added providers for our passengers”, the CEO of Aeroporti di Roma, Marco Troncone, stated in a press release.

Information of the award – the most recent in a string of accolades for Fiumicino in recent times – comes weeks after the airport opened a main new boarding space, a improvement which Troncone says will play a “essential position in guaranteeing that Rome and Italy can reaffirm their centrality on the worldwide scene.”