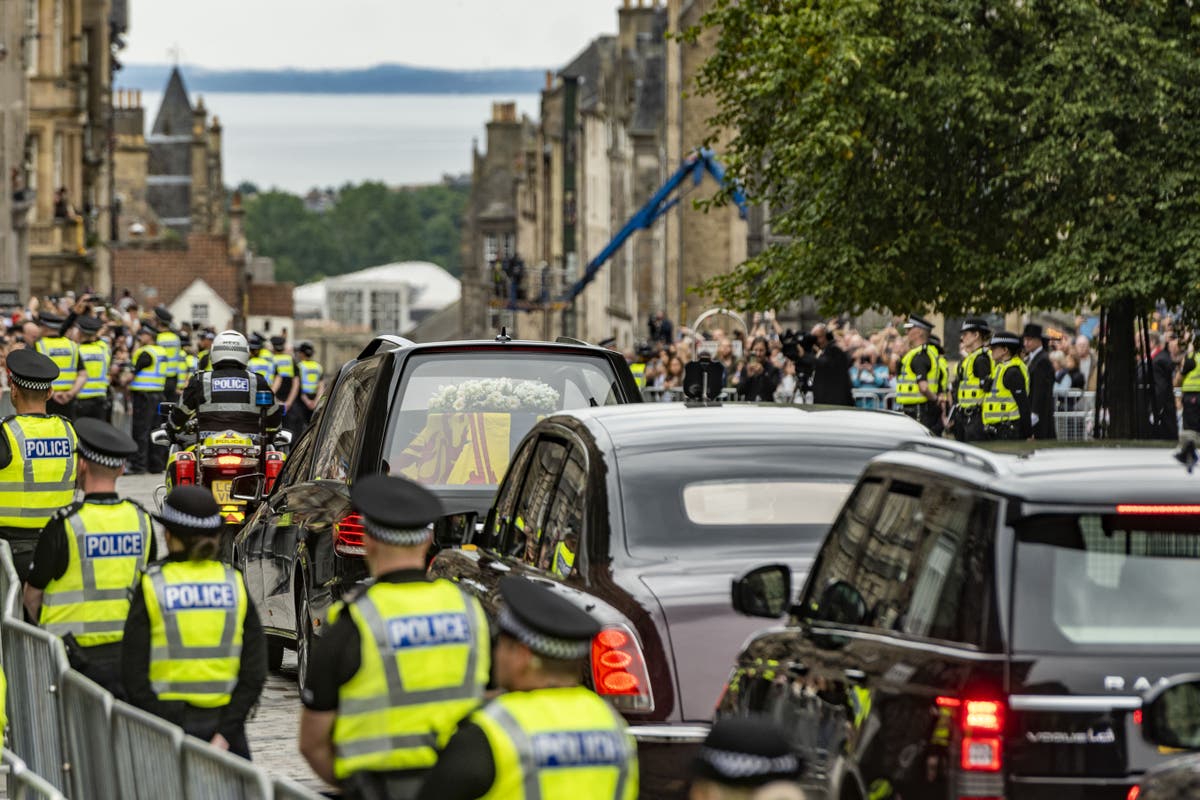 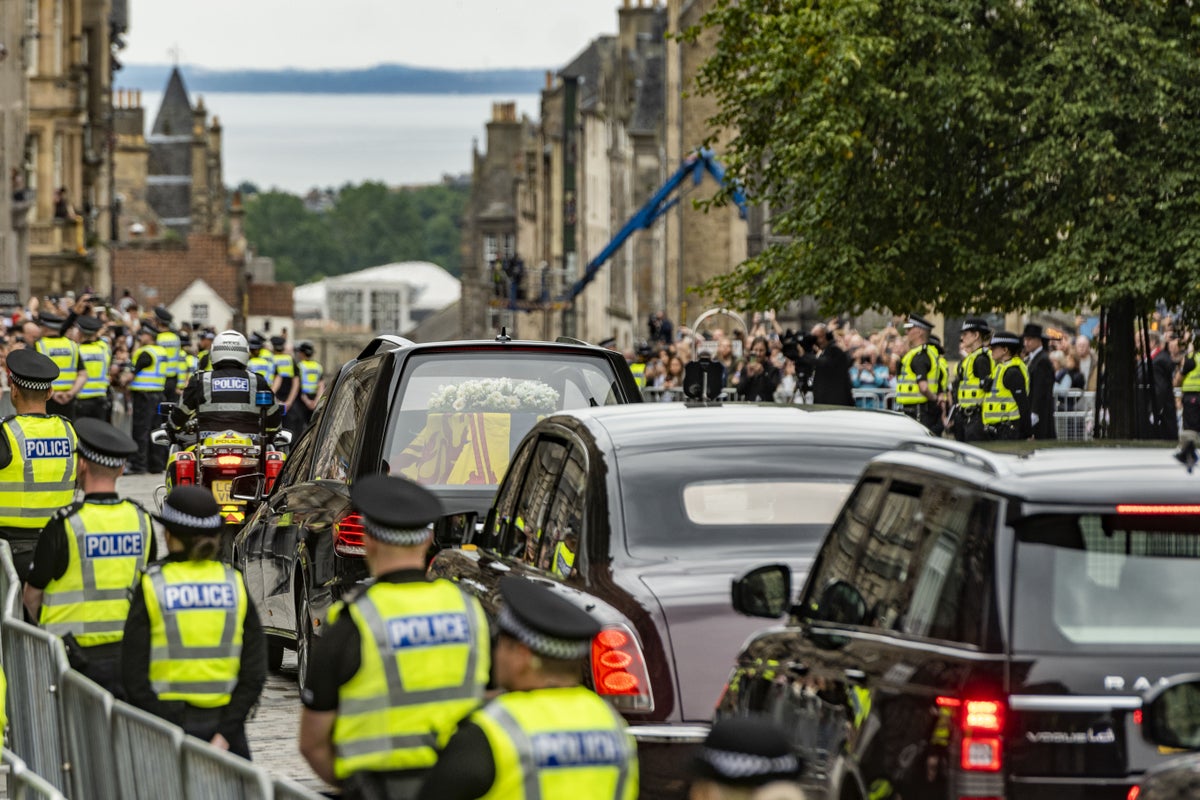 etails of the route the Queen’s coffin will take because it leaves Scotland for the final time have been revealed.

Elizabeth II is mendacity in state at St Giles’ Cathedral in Edinburgh, and council chief Cammy Day mentioned the town would “look again with immense pleasure” on the function it has performed since the Queen’s dying.

The Scottish capital has been filled with mourners, with hundreds lining its historic streets to see the coffin arrive on Sunday, after which once more on Monday when there was a service of thanksgiving at St Giles’.

After mendacity in state there in a single day on Monday, members of the general public will be capable of course of previous the Queen’s coffin within the church till about 3pm on Tuesday.

The Queen will go away Scotland for the ultimate time, heading alongside Lawnmarket to Johnston Terrace after which on to Fort Terrace and Lothian Street.

From there it is going to journey alongside Queensferry Road, Dean Bridge, Queensferry Street, Maybury Street after which Turnhouse Street, earlier than arriving at Edinburgh Airport.

Edinburgh Metropolis Council confirmed quite a few roads can be closed to the general public to permit for the cortege to make the journey.

Mr Day mentioned: “As a metropolis, we’ll look again with immense pleasure on the function we’ve performed in internet hosting these momentous occasions because the world seemed on.

“As we are saying farewell to Her Majesty, and welcome our new sovereign King Charles III, I need to pay tribute to the unimaginable assist proven by the general public and our communities over the previous few days, actually capturing the spirit of the Queen and her connection to Scotland and Edinburgh.”

With extra disruption anticipated on Tuesday, he urged folks “to proceed to bear with us and think about their journey wants”.

Mr Day additionally urged these arriving to pay their respects to the Queen – both at St Giles’ or by lining the route – to decorate appropriately for the climate, and be ready for lengthy durations of standing.